Origins of the Tooth Fairy Traditions 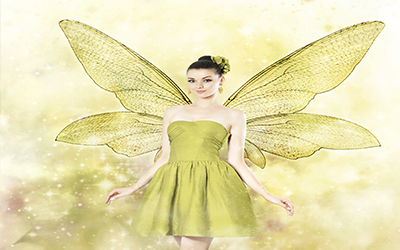 The Tooth Fairy is a rite of passage for many kids, and she is even known to run in the same circles and Santa and the Easter Bunny! But if you think about it for too long, you might wonder where these characters came from in the first place.

In early European tradition, a child's tooth was buried in the ground, which was believed to bring good luck to the children. In an unexpectedly sentimental move, Vikings would wear their child's lost teeth into battle to bring them good luck!

It might surprise you to learn that the most popular tooth mascot throughout history was a mouse! It was said that a mouse would enter the child's room at night to take children's teeth. This tradition is still active in countries like Russia, China, and Spain.

The reason why rodents are mascots for teeth is that mice grow teeth their entire lives! The belief is that the mouse's ability to grow teeth will give the child who has lost a tooth good luck.

The Tooth Fairy we know today is a combination of the mouse tradition and the myth of the Good Fairy. The first mention of the Tooth Fairy as we now know her was in a book published n 1927.

A couple of generations ago, kids were lucky to get a quarter from the Tooth Fairy. According to Visa's recent study, the average American child now earns around $3.75 for a lost tooth! The Tooth Fairy may leave more for healthy teeth or the last tooth lost.

The Tooth Fairy can be a great tool when you're teaching your children about their dental health. Remind your kids that the Tooth Fairy loves clean, healthy teeth; children are much more motivated to brush, floss, and visit the dentist if they know there's a reward waiting!